How to Remove Blink Mini Camera From Mount 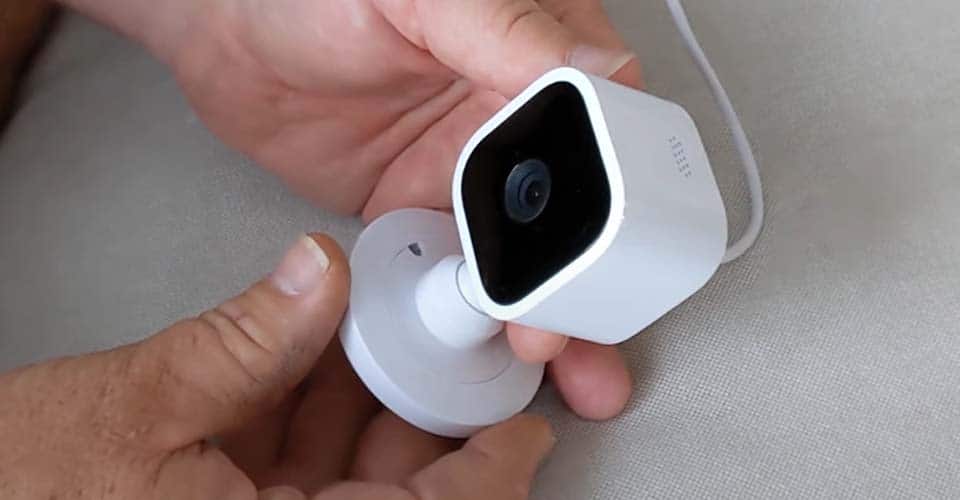 How to Remove Blink Mini Camera From Mount

The mount that comes with the Blink Mini is a small piece that sort of looks like a toilet seat. The angle at which it sits can be adjusted even after the camera is mounted. There are two screws that allow you to adjust the angle of the mount. Once you’ve found the perfect position, you can simply tighten the screws with your hands or a flathead screwdriver and you’re good to go.

Once the mount is installed and the Blink Mini is mounted, you can remove it from the mount by holding it securely with one hand and pulling out the camera with the other. Don’t be afraid to squeeze the mount firmly and pull the camera. It’s designed not to break and to be able to simply come out of the mount with enough force.

To simplify things here is how to remove the Mini Blink from the mount in a few short steps:

As you can see, both removing the Mini Blink from the mount and attaching it back is very simple. Don’t be afraid to apply a bit of pressure. This mounting system was designed to withstand enough force to make sure it doesn’t break every time you remove and attach it to the mount. Just make sure to hold both the Blink Mini camera and the mount securely so that you don’t drop them or cause them to slip and break while mounting.

READ NEXT: How Many Blink Cameras Can You Have On One Module