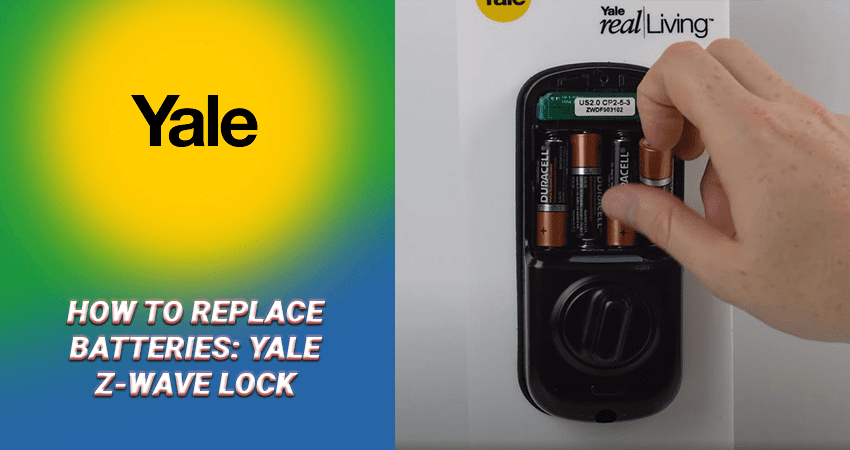 Yale is one of the leading lock manufacturers that produces popular door locks such as the Yale Z Wave lock. The Yale Z Wave lock is a smart lock that is compatible with the Z Wave technology allowing you to unlock your door from anywhere in the world. However, you might need to replace your dead batteries as you use the lock over some period of time.

In this guide, we will tell you how to replace the batteries on your Yale Z-Wave lock.

In order to open the Yale Z Wave lock, you will need a good Phillips Head screwdriver set. After you grab one, just follow these steps:

1. Use the screwdriver to remove the screws on the cover of the lock

2. Remove the used AA batteries inside your lock and replace them with new ones.

3. Place the cover back on the lock and tighten the screws back in their place to reassemble the lock.

That’s it, you have now successfully replaced the depleted batteries inside the Yale Z Wave lock!