Ring Doorbell Batteries | How Long Do They Last? 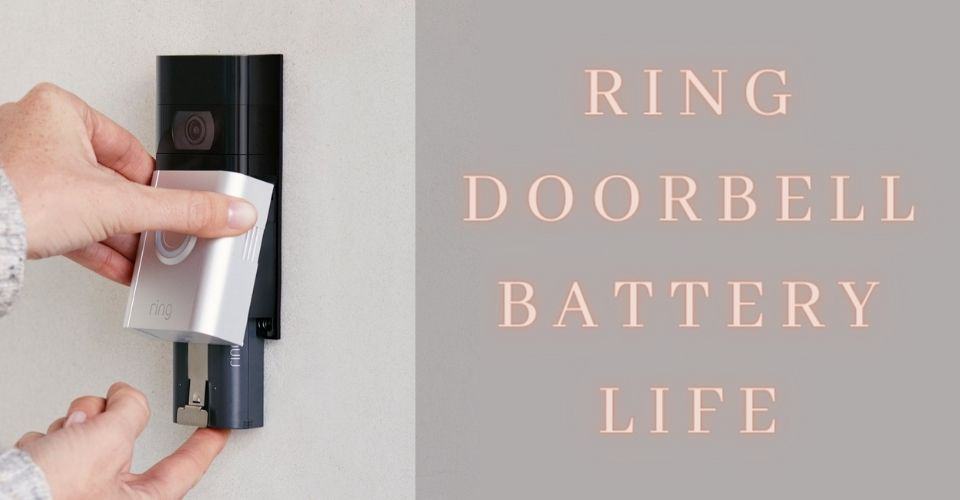 Ring Doorbell Batteries | How Long Do They Last?

The Ring Doorbell is an amazing piece of technology that allows you to view who is at your door from your phone. But that’s far from being all it offers. Most Ring doorbells will also let you communicate with the person at your door and hear what they have to say without ever opening the door. There is also a motion sensor that notifies you when someone is nearby.

Most Ring doorbells are battery-powered and feature non-removable batteries that need to be recharged once all the power is drained.

The rechargeable and non-removable battery that comes with most Ring Doorbells will last you anywhere between four to twelve months. This is depending on how much the device is being used. This includes actual rings on the doorbell’s button, Live View monitoring from your app, how many times the motion sensor is triggered, and so on.

If you don’t want to recharge the device every time it runs out, you can also purchase a solar charger attachment by Ring but it only works if there’s no shade at all at your front door. However, under normal use of the Ring doorbell, its batteries will last between six to twelve months. It’s rarely more than that. That’s actually okay as charging the device every six months is nothing to be worried about.

You simply remove the doorbell from your door or wall, take it inside, plug it in, and let it charge for a couple of hours. After that, everything’s back to normal and you can use your Ring doorbell for another six to twelve months.

You should also know that some Ring doorbells also have removable batteries that you can charge. This actually makes the job a lot easier as you don’t have to remove the entire device from your door in order to charge it. It all depends on the model but most Ring doorbells contain batteries that rarely last more than 12 months on a single charge.

From what you’ve seen in this explanation about the Ring batteries and their life span, we can’t say for certain how long they will last in your case. As mentioned, the life span of the Ring doorbell batteries depends on how you use the device. Longer sessions of Live View, more motion sensor triggers, more button presses, and rings all play their part in draining its battery life faster.

READ NEXT: Ring Doorbells, Who Makes Them?